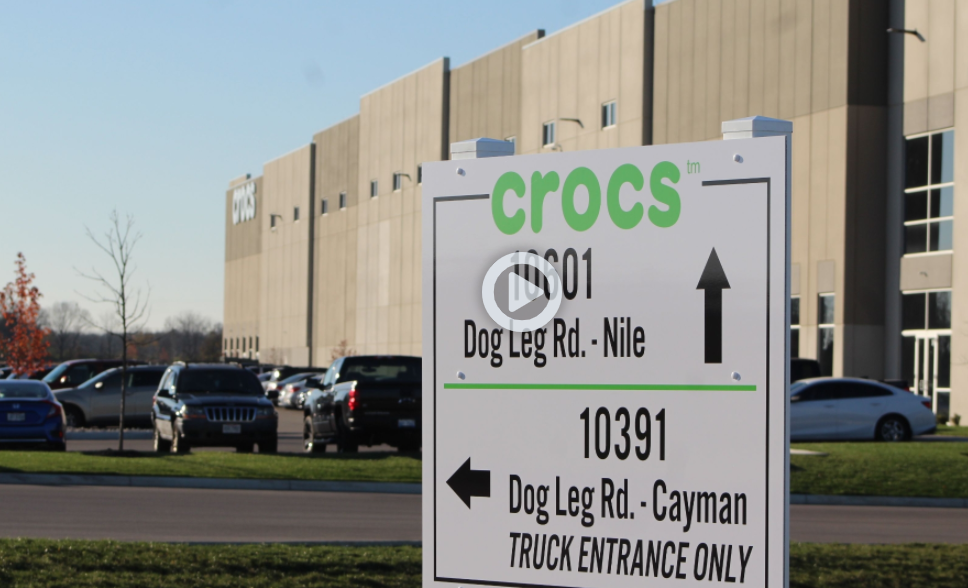 NorthPoint Development’s plan to build a seventh massive new industrial facility is an indication that the growth and jobs boom around the Dayton International Airport is still going strong, officials said.

The Missouri-based company has proposed constructing a $13.2 million speculative building at a property containing a former Vandalia fire station, just east of the aviation facility, according to city of Dayton building permit records.

NorthPoint has built and opened about 3.3 million square feet of new industrial, warehouse and distribution space around the airport in the last three-and-a-half years as part of its Park 70/75 master plan, bringing at least a few thousand new jobs.

Crocs in recent months opened its second facility in the industrial park, and added hundreds of workers. Other companies also have moved into the park fairly recently, including Frito-Lay and Innovative Plastic Molders Inc.

“Our business has grown substantially, and we outgrew the original facility,” said Rob Tecco, senior director and general manager of the Crocs’ distribution center. “We needed the extra capacity.” 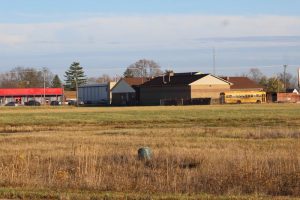 Building records show the estimated value of the project is about $13.2 million.

The 1.6-acre property was home to a Vandalia fire station. But Vandalia decided to close the station and sell the property.

NorthPoint has constructed and opened six facilities around the airport since mid-2017.

The company has spent more than $90 million alone just to construct the shells of the buildings, according to city building permit records. The actual investment is likely significantly higher, considering the costs of infrastructure, equipment and electrical, mechanical and other systems.

NorthPoint is creating a 400-acre industrial park around the airport called Park 70/75, according to marketing brochures from CBRE. The park is expected to offer about 5.2 million square feet of industrial space.

City building records show NorthPoint already has built 3.28 million square feet of space, and the proposed Building VII would push the tally up to nearly 3.8 million.

This has been a busy year at the industrial park.

The new Nile facility now handles 95% of the company’s e-commerce sales for the Americas, most of which come from www.Crocs.com, he said.

Crocs’ Ohio distribution center campus in Dayton serves most of its business in the Americas, but it also has a small, third-party facility in California that takes care of about 15% of its fulfillment needs, Tecco said.

Crocs’ first facility originally was expected to employ about 130 full-time workers. However, sales have grown so much that about 800 associates work there, Tecco said. The new facility employs about 400 associates, he said, and Crocs has hired about 500 people locally in the last four months.

Crocs ― which is most famous for its colorful and comfortable clogs ― expects to see continued growth both in the near and long run, and new expansion projects are possible, Tecco said.

“The brand is extremely hot,” he said. “We’ve got a great product that certainly fits with the times right now: It’s very comfortable. It’s easy on, easy off, at a very good price point.”

But the largest employer in the 70/75 industrial park is online pet retailer Chewy, which occupies the 690,500-square-foot building VII, north of the airport at 3280 Lightner Road.

Chewy has 1,400 team members at its facility, and it is constantly hiring and onboarding new employees in a variety of roles as they become available, said Gregg Walsh, vice president of fulfillment and supply chain human resources at Chewy. 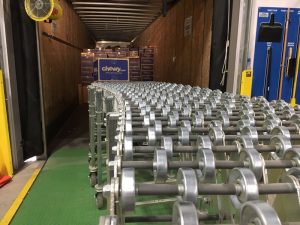 The facility opened in July 2019 and is the eighth of Chewy’s 11 fulfillment centers, Walsh said.

“Like most of our fulfillment centers, our Dayton facility helps Chewy achieve its goal of getting packages quickly to customers not only in the Midwest and Northeast regions but all across the country,” he said.

Dayton’s culture, labor force and strong partnerships with economic development agencies and organizations were some of the factors that set it apart as an ideal location for Chewy, Walsh said.

The park has added some other tenants.

The nearly 17-year-old company consolidated multiple locations into the facility, including its former 45,000-square-foot building on Webster Street in Dayton.

Innovative Plastic Molders has grown 20% to 25% in the last year and expects to double the size of its business and workforce in the next year, Williams said.

“We are growing astronomically,” he said. “We are being proactive right now in securing the human resources we need to uphold our quality and family-oriented work environment.”

The company has about 67 full-time employees and about 85 contracting workers, Williams said, and it has plenty of room to expand at the Dog Leg Road facility. 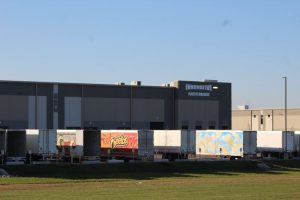 “Growth is inevitable for us,” he said. “We are building a diverse workforce: We employ a lot of veterans, people with disabilities and second-chance employees.”

Last year, Frito-Lay said it was looking for a new distribution center after its facility in Old North Dayton was destroyed by the Memorial Day tornadoes. Frito-Lay and Pratt did not immediately respond to a request for comment. NorthPoint also did not return requests for comment.

Building I at 2800 Concorde Drive opened in 2017 and is home to multiple autocare brands that are now owned by Energizer, including STP and Armor All. About 350 people were expected to work out of the facility.