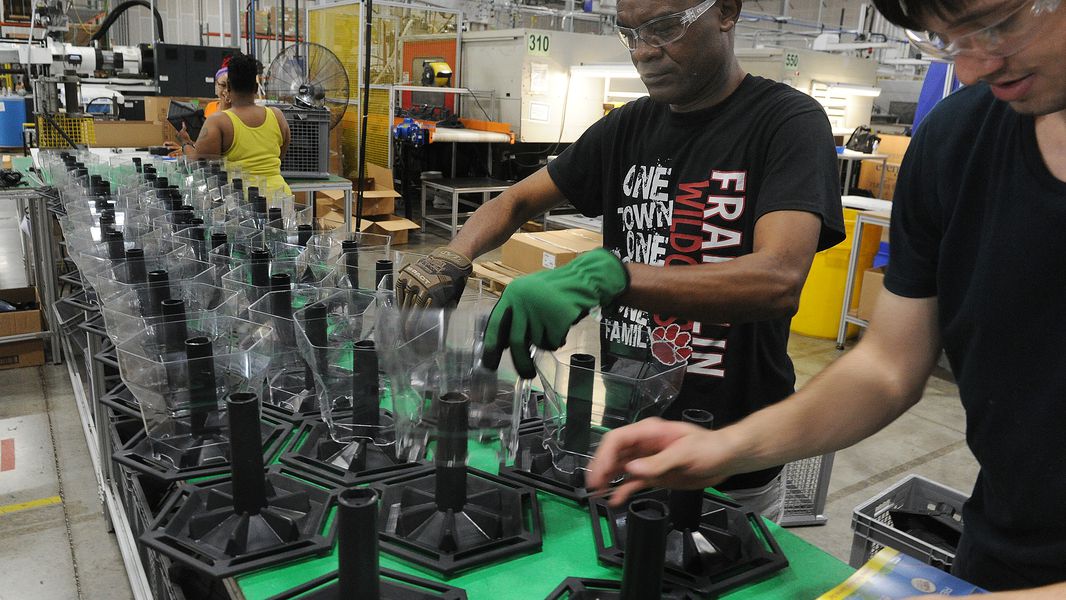 From Crocs to Chewy, city sees robust growth as evidence its development strategy is working.

More than 2,700 people now work for companies located around the Dayton International Airport — and some large employers are still growing and new facilities are under construction that should bring additional jobs, according to a jobs audit and interviews with the businesses.

Dickstein also said she was especially pleased and a little surprised to learn that a jobs audit showed that nearly half of the jobs around the airport are held by Dayton residents.

Within the past five years, NorthPoint Development has constructed about half a dozen massive industrial, warehousing and distribution facilities on property that formerly belonged to the airport and city.

Eight companies that occupy these commercial facilities employ 2,715 workers, according to data from a jobs audit provided by NorthPoint Development to the city of Dayton.

Chewy, an online pet retailer, is the largest of these employers, with 1,578 workers, the audit says. Crocs, a footwear manufacturer and distributor, is the second largest company, with about 754 employees. 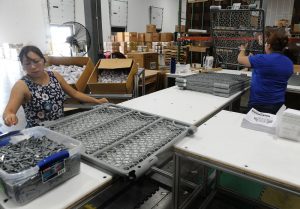 Innovative Plastic Molders Inc. has about 122 workers and snacks-maker Frito-Lay has about 93, according to the audit and IPM.

When construction began on Crocs’ first facility near the airport, the company expected to create about 150 to 200 distribution center jobs, said Ben Morrison, the company’s human resources director.

But due to rapid business growth, Crocs has nearly 800 full-time employees from across the region and expects to employ more than 1,200 when its new “Saltwater” facility becomes fully operational in late summer 2022, Morrison said.

Crocs occupies two facilities by the airport, which are called the “Cayman” and “Nile.” The company will vacate the Nile building and move its operations into the new and larger 750,000-square-foot Saltwater property. 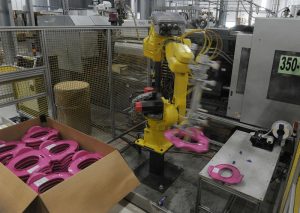 The Nile facility was handling the vast majority of Crocs’ e-commerce sales for the Americas.

The Dayton area is an e-commerce and logistics leader that is a perfect fit for Crocs’ growing business, since it is close to the company’s consumers and customers, Morrison said.

The Dayton region’s workforce offers exactly what Crocs wants in its team members, Morrison said, which is creative problem solving, attention to detail and a willingness to grow and learn.

“The concentration of skilled equipment operators and, more broadly, an eager distribution center workforce made Dayton not only a great place to initially invest, but to continue to expand,” he said.

IPM could double the size of its business and workforce within the next year, he said.

IPM occupies 120,00 square feet of space in a facility near the airport, Williams said, and the company is revamping its plant, adding racking and new machines and equipment.

“We’re redesigning our floor plan, which will give us a lot more room,” he said.

Many companies in the custom plastic modeling industry were hit hard or went out of business during the COVID-19 crisis, he said, but IPM continued to grow. The company makes parts for automotive uses, car seats, bird feeders, and children’s gates and potty seats, as well as other items. 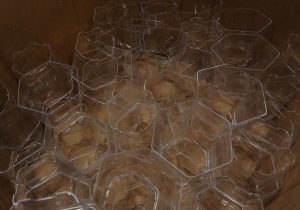 Competition for workers is fierce, Williams said, including from nearby employers Chewy. But he said Innovative Plastic Molders offers competitive wages, excellent benefits and a supportive and family-like work environment that employees value.

Most job applicants learn about IPM from word of mouth, Williams said, and some employees who accepted other jobs have come back because they realized the work environment is special.

How did these developments happen?

About 15 years ago, Dayton came up with on an economic development strategy that takes advantage of the Interstate 70 and I-75 connection and positioned the region to become a logistics and distribution leader, Dickstein said.

Selling unneeded airport property for redevelopment provides one-time proceeds to the airport and city, but it also grows the city’s income tax base and revenue, Dickstein said.

Most importantly, she said, the projects create good paying jobs for local residents, many of which are entry-level positions and many offer benefits. Crocs, for instance, recently raised entry level wages for new distribution center team members to a minimum of $15 an hour.

About 1,261 of the jobs at companies around the airport are held by workers who live in Dayton zip codes (46% of the total), the jobs audit states. That shows city residents are directly benefitting from investments around the aviation facility, Dickstein said.

The city encourages employers at the airport to host or participate in job fairs in the city, she said, as well as to hire its residents in community benefit agreements that are part of tax incentive deals.

“It’s a good faith effort — there’s no teeth to it, but they have to at least think about our residents and try to hire our residents,” she said.

A lot of the aviation land that the city has received approval to sell is under contract, Dickstein said, but more property that can be redeveloped is available, including in Union and Vandalia.

Robust job growth around the airport shows that Dayton’s economic development strategy to reposition the region as a logistics and distribution leader is working, Dickstein said.

The area around the airport provides convenient access to the interstates and airport, and has become a leading distribution hub for nationally known brands and some manufacturers, said Julie Sullivan, executive vice president of regional development with the Dayton Development Coalition. It provides

“Many of these jobs pay well, offer excellent benefits, and have become a critical part of our retail landscape,” she said.